Literature is a significant part of Ukrainian culture, so it is quite natural that we, Ukrainians, can’t live without being able to read books in our native language.

LUkraine was thinking of a Ukrainian Library in Luxembourg for a while, and nowadays, when a significant number of Ukraine’s refugees had arrived to Luxembourg due to russia’s war against Ukraine, seeking for a safe place physically and mentally, pushed us to make it happen.

Ripped from the routine of our ordinary lives, we feel isolated from our roots, from our culture, therefore opening of the Ukrainian library became an important milestone in the support of Ukrainians that are forced away from home.

On June 15, 2022, the grand opening of the Ukrainian library in Luxembourg took place, which was attended by both members and honored guests.

The journey was not an easy one. First of all, the city of Luxembourg provided premises to LUkraine – an important milestone in the implementation of the project.

But what is a library without the books? First 50 books were donated by Ukrainians who reside here in Luxembourg. Afterwards, in April 2022, the president of LUkraine asbl Mykola Zharov, while traveling to Ukraine with humanitarian mission brought almost 300 books, donated by the city of Lviv.

The steps undertaken by the Government of Luxembourg also made a significant contribution. In particular, The Ministry of Education, Children and Youth of Luxembourg initiated the process of Library’s funding for the necessary equipment and supplies. With the support and under supervision of Mr. Pierre Reding, First Advisor to the Government and Chairman of the General Directorate of integration and Ms. Angelique Quintus, Service de la scolarisation des enfant etrangers, we’ve been able to make our dream true – a Ukrainian library in Luxembourg exists. 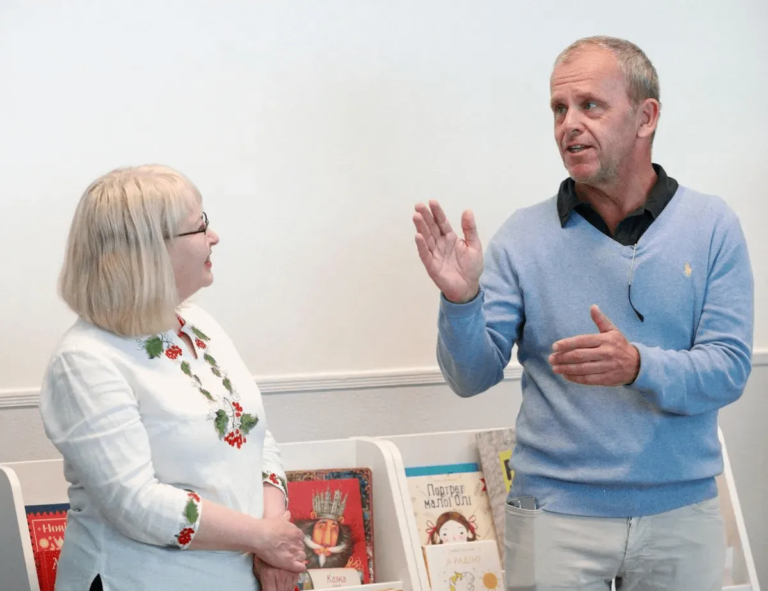 Ukrainian Library in Luxembourg welcomes visitors of all ages!
Opening hours: Mon-Fri 12:00 – 19:00.
Address: 276 Rollingergrund, L-2441, Luxembourg.
Contact us: library@ukrainians.lu
Join us on Telegram: t.me/ua_lu_library to get updates on the interesting events and activities!