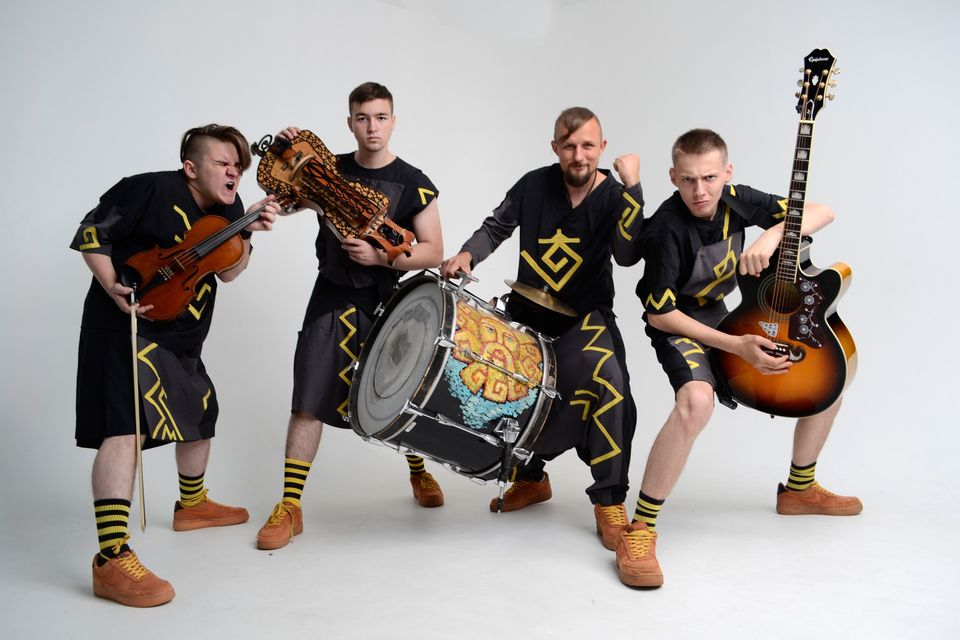 Ukrainian evening with Joryj Kłoc
🇺🇦 CinEast and Rotondes in solidarity with Ukraine 🇺🇦
CinEast’s Closing event will showcase the Ukrainian band Joryj Kłoc!
🎧 The group from Lviv started in 2008, mixing traditional Ukrainian songs and motifs with modern electro beats. Today, their highly eclectic style can be defined as a combination of fully-fledged rock, turbo-folk, ethno hip-hop and Cossack break-beat.
🇺🇦 We would like to conclude the 15th edition of CinEast by expressing our solidarity with Ukraine. 5 EUR from each ticket sold will go to the CinEast4Ukraine charity project. We’re collecting funds to purchase an ambulance for the victims of the war in Ukraine.
A special programme of one-minute Ukrainian short films will be screened before the concert.
Join us in Rotondes to express your solidarity with Ukraine!
This event is organised in partnership with Rotondes, Polish Institute Brussels & LUkraineASBL
▶ Thursday, 20 OCT 22 | FROM 7 PM | Rotondes
▶ Tickets 18 EUR (presale) | 20 EUR (door)
▶ Ukrainian snacks and dishes at the entrance | DJ set after the concert